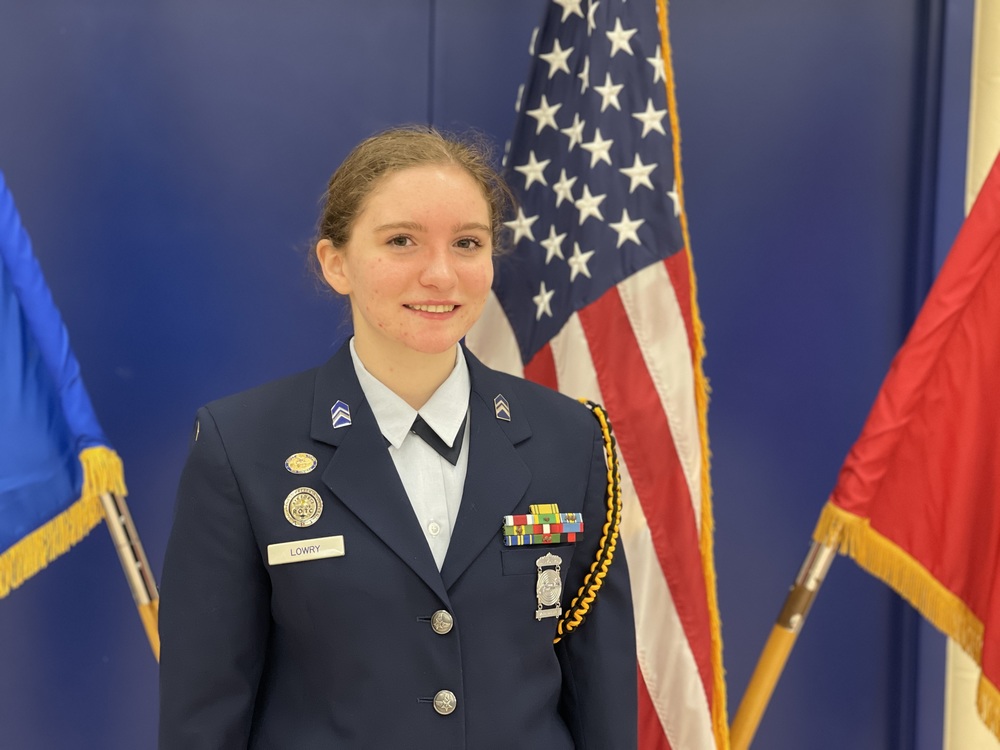 Bryant High School senior Alora Lowry has been selected to receive a 2022 J-100 AFJROTC Character-In-Leadership Scholarship. Alora was the only Air Force ROTC cadet in Arkansas to receive the scholarship, valued at $250,000.

Cadets were nominated by their instructors, passed the initial quantitative review, and were interviewed by a three-person panel composed of active duty officers, enlisted, and federal civilian members. Over 700 cadets met the minimum criteria and a military selection board chose the top 200 for an interview. Alora made it to the final round of 100 eligible and completed her interview process on December 15 with Bryant’s ROTC instructor,  SMSgt Andrew Rodriguez, acting as her advisor.

Senior Rodriquez nominated Alora based on her physical fitness, leadership skills, and desire to join ROTC in college. “Her diversity as a leader makes her a valuable member of our team," said Rodriquez.

Alora has been a member of JROTC for four years. She did not have a military career in mind when she initially chose JROTC as an elective. She signed up because her friends were participating. “What I gained from JROTC was a sense of community and a close network of friends. The program provided instruction and the ability to move into leadership roles. I began to see not only the importance of military service, but how a career in the armed forces could provide me with unlimited opportunities,” said Lowry.

Cadet Lowry’s current leader position is that of Operations Squadron Commander. She assists and supports the special teams which make up the Bryant JROTC program.

Alora plans to attend the University of Arkansas to major in chemistry. Her career goal is to become a doctor or other specialized medical professional. Each cadet who accepts a scholarship continues to participate in the AFJROTC program at their selected college. After her sophomore year, she will commit to the United State Air Force. Following graduation, she will pursue a commision and serve at least six years in the Air Force.

When asked what this scholarship means to her, Alora said, “Security and opportunity. I will have the security of a college degree and the career of my choice. My opportunities will be unlimited.”