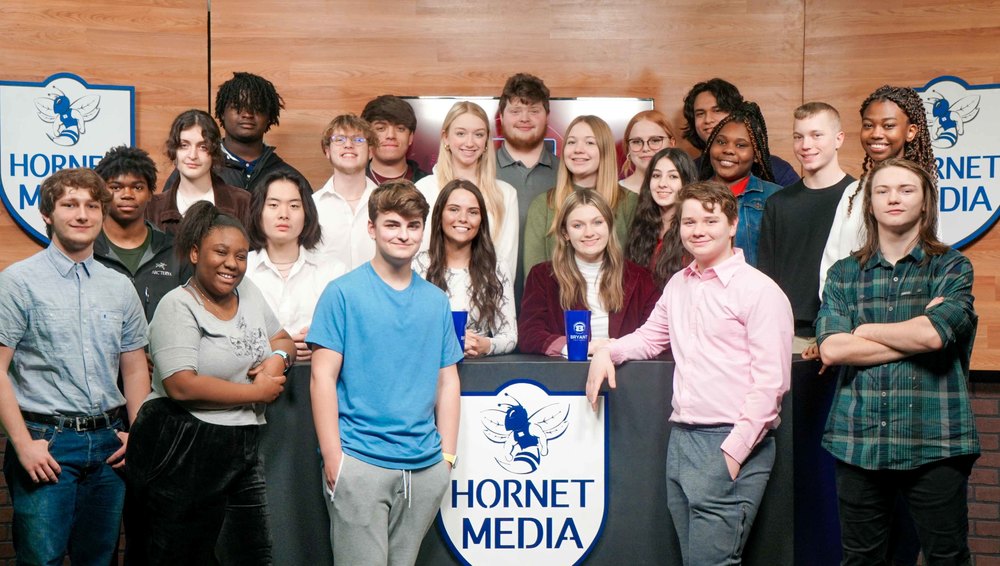 In its first year, Bryant High School Hornet Media was named one of only 12 National Broadcast Excellence Award recipients by the Student Television Network (STN) during the recent 2022 convention held in Long Beach, California.

The Broadcast Excellence award honors regularly-scheduled, student-produced broadcasting programs from schools across the nation who meet a standard of excellence. Programs are evaluated holistically based on one show entry, as well as the program’s website and social media channels. It is considered the most prestigious award for broadcast programs affiliated with STN.

Think our young journalists were excited about the win? See their reaction: https://bit.ly/3IdB8Pk.